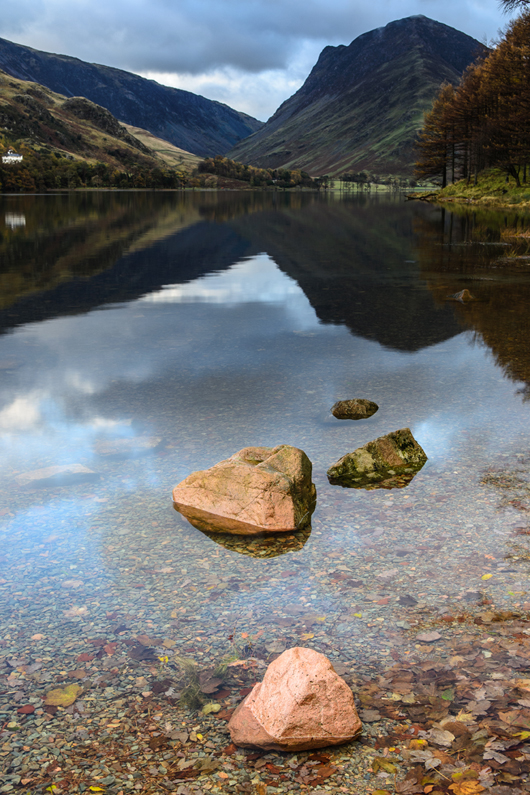 This week I was taking part in a photography tour around The Lake District, hosted by Light and Land leaders – Phil Malpas and Clive Minnitt.

Going on a photography tour has always been something I have wanted to do ever since I took up “drawing with light” as a hobby, so I was really pleased when Sam booked me this tour as a birthday gift. I was both excited and nervous about how things would turn out as I didn’t know what to expect – but boy was the tour awesome!

I arrived in The Lake District on Tuesday evening and meet up with the rest of the group. Both Clive and Phil introduced themselves and talked briefly about the format of the tour and what we might expect in the next few days.

The next day, true to form, it tipped it down, we were in The Lake District after all. Instead of heading out, Clive showcased his work talking about the composition and process behind it. After that, Phil gave a tutorial on how to use Lightroom 4 and its benefits. Luckily the rain stopped and we headed out briefly to Brandelhow woods on the South Western shore of Derwentwater to take some photos – unfortunately, I didn’t take any because it started raining again.

Later that evening we had another session where both the leaders critiqued our photos. We were told before the tour to bring along our best shots to share with the group to get some constructive feedback. I was among the first to share my photos and I was really pleased with the feedback, it gave me more confidence in my work and some ideas to improve further. I won’t lie, I headed back to my hotel room with a grin on my face like a Cheshire cat!

We headed to Derwentwater shore at the crack of dawn to take some photos of the landscape and possibly the boats. Sadly I wasn’t able to get the right composition for the shot I wanted and the lack of a telephoto zoom lens hindered my chances of taking any close up shots of the beautiful landscape.

We headed back to the hotel, had breakfast, and got ready for the next location of the day, this time the Southern end of Buttermere. When we arrived I found a subject, a single tree with a backdrop of the mountain, but the weather conditions and light weren’t right and I didn’t get my shot.

The next stop was the Northern end of Buttermere – Burntness Wood. I walked around the lake looking for a subject and found a few stones in the lake with a backdrop of the mountains. I decided to compose the shot with an s-curve line in mind and the resulting photo is the one at the top of this post. I was happy with the result, having taken my first photograph of the tour. I also took another photograph of a slanting tree by the lake and the landscape of the Southern end of Derwentwater which I will post to the site later.

Yesterday was a busy day! I headed out with a small group to Gowbarrow with a view of Ullswater Head. It didn’t go as planned, after looking around for a rock to use as the foreground and finding one (after an hour) I composed the shot and to my astonishment, it started hailing and my shot was ruined. Feeling disappointed, we then headed to The Langdales across Elterwater where we braved the rain and took some shots of the hills and trees by the lake.

I would recommend going to Chesters on Skelwith Bridge. The food is amazing, most of us had the sausage roll and I had a brownie ‚ and the restaurant also had a shop where you can buy a lot of shabby chic stuff.

The final location of the tour was at Castlerigg Stone Circle where I took a shot of the stones and of the field (with the help of Gerry Andrews).

I really believe in finding ways to improve your skill-set and experience in what you enjoy doing. Going on this tour has been a revelation and was really fun, hopefully, it’s something I will be doing more often in the near future.

A big thanks to Clive and Phil for all the help and guidance given to us throughout the tour.

Your browser is out of date, which means you can't use any of the site's required features. You can either upgrade your browser or switch to either Mozilla Firefox or Google Chrome